Too Small To Go On the Ride 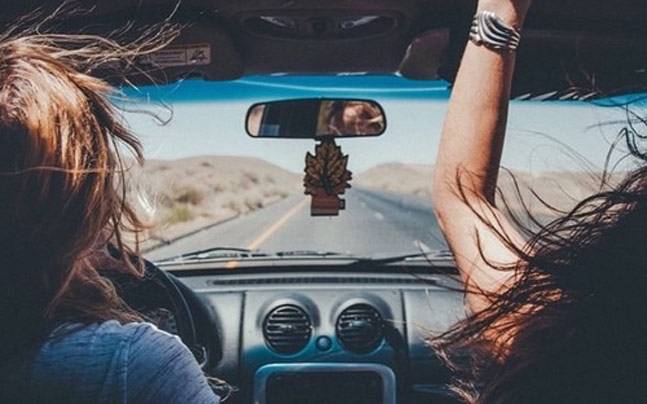 Too Small To Go On the Ride

About Company – At Local Driving School, we provide our students with simple, clear, and comprehensive In-Car-Driving training for Teen and Adults. Our approach and methodologies help all of our students become safe, smart, and competent drivers.

Avani’s permit said she was twenty, but she looked about fourteen. Because of her diminutive size, she could have done well on a TV game show called “Are you smaller than a fifth grader?” She had recently failed her behind-the-wheel test and decided that a lesson with a professional driving teacher would help her prepare for her next try. She had her DMV score sheet with her from her last test, and after giving it a quick review it was easy for me to see why she failed. She had committed multiple errors, including crossing over the limit lines during stops, not be able to operate her headlights, and speeding in the DMV parking lot (the speed limit is five MPH.)

She might have passed if these were her only mistakes, but what really cost her was her failure to perform traffic checks as she approached intersections. It’s important to show the DMV examiner that you are defensive driver by moving your head from side to side at each junction, scanning for any possible oncoming cars.

As I drove with Avani I realized the reason she ran over so many limit lines was that her lack of stature made it difficult for her to look over the dashboard to see the road markings. I carry a pillow with me for shorter students, but it didn’t help in Avani’s case because when she sat on it her legs were too short to reach the pedals.  I helped Avani by teaching her that it was okay to stop a little short of the limit line, but Just not so far back that the cars behind her couldn’t see vehicles in the approaching intersections or pedestrians in the cross walk. It was impossible for her to bring her bumper right up to behind the line, so I thought she would have better luck on the test if she stopped a couple of feet back behind it, instead of rolling over it.

It was also important for her to anticipate the need to stop, and allow her the adequate time and distance to stop safely. To fix Avani’s other problem of poor traffic checks at intersections, I taught her to exaggerate her head turns, and make it obvious to the examiner that she was looking for oncoming cars. You need to realize that the whole behind-the-wheel test is a bit of a performance, and hamming it up a little helps to convince the examiners that you know the proper driving techniques. You’re making each move obvious, and in your mind you’re thinking “hey look at me! Look how good I am at stopping behind the lines, and coming to a full stop.” “Now watch me as I turn my head at each intersection to look for traffic.” “Witness the way I wait safely and yield to oncoming cars before making my turns.” You might not win an Oscar for this performance, but when the mailman comes to your house, and you say “May I have the envelope please” Inside will be your drivers’ license. What really would have helped Avani the most is to get a car that was modified for her short stature.  Not every car straight off the showroom floor works for every size person. You don’t see Shaquille O’Neal driving around in a Mini Cooper, and I couldn’t quite see Avani driving a Hummer. I had no doubts that Avain could pass her test with a little more practice. I don’t see any reason why “great drivers can’t come in small Packages.”